I now pronounce you husband and wife… for the weekend.

When Megan Rooney gets fired from her job, her life is turned upside down. But then her sexy neighbor, Nick Walker, tells her that he needs a wife for a weekend trip to Tuscany, and she’s the perfect candidate. She surprises herself when she agrees to go–but what if the lie turns out to be exactly what she’s always wanted? 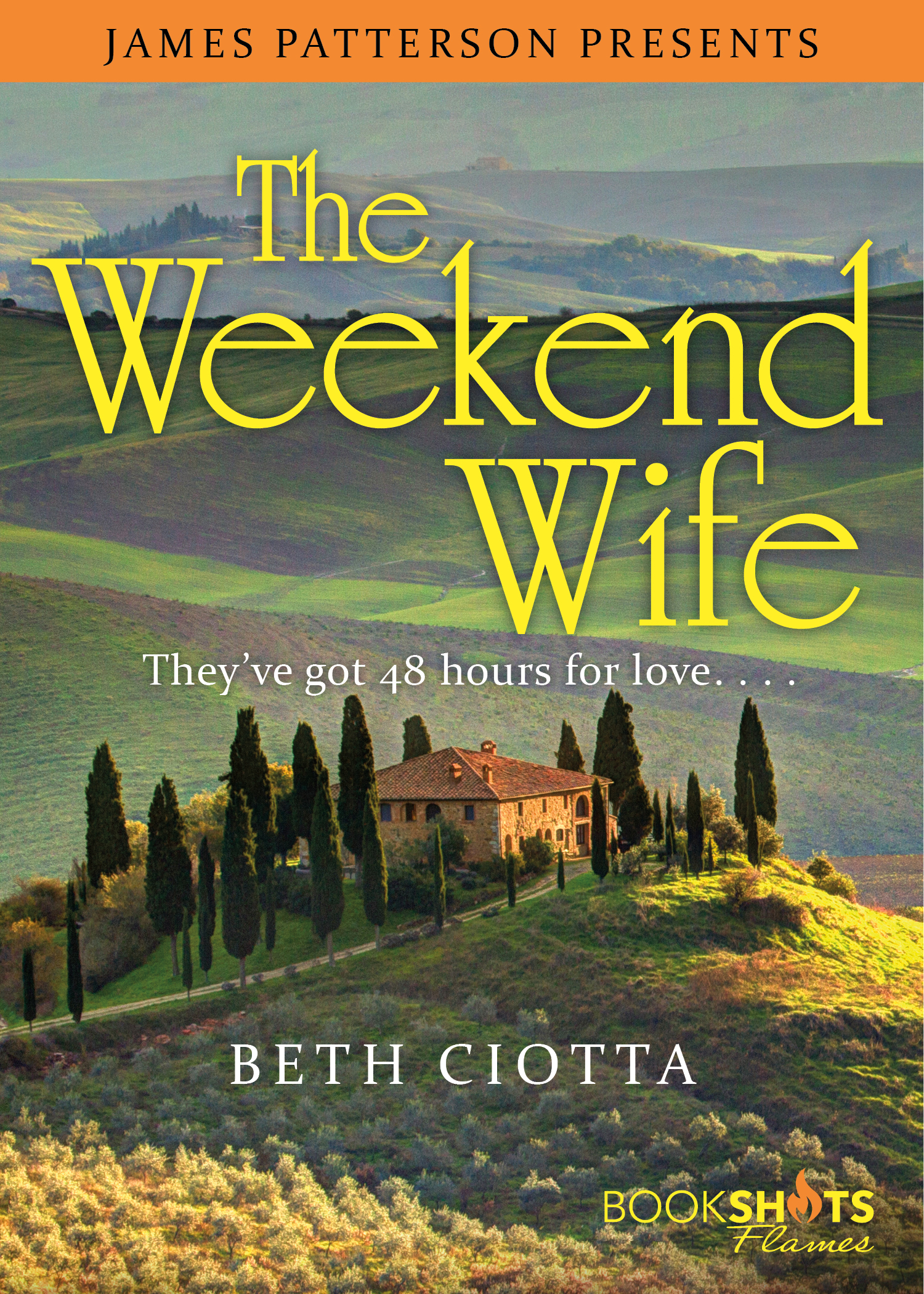 “Fun and endearing! The Weekend Wife is fun, endearing, sweet, and full of Tuscan flavor. With surprises tucked here and there, I devoured this story in one sitting.” —Amazon Reader Review

“A refreshing read. The characters are so easy to relate to, so well written. The story line is lovely, there are some interesting mysteries involved, and you can feel the romance sizzle from the pages!” —Amazon Reader Review

“What a sweet story!! The premise is so intriguing. The twist near the end was completely unexpected!! Settle in with this story because you will thoroughly enjoy it.” —Barnes and Noble Reader Review

“I love when a story line surprises me with a part I would never have imagined. That is rare for me. Nice, fun, warm feeling reading.” —Amazon Reader Review

“YOU’RE JOKING, RIGHT? Wait. Is there a hidden camera? Am I being punked?”

Historically, my producer only treats me to gourmet dining when we have something to celebrate. As the television host of the long-running travel show, Epic Adventures with Megan Rooney, I expected “You’re getting that salary bump” or “You’ve been nominated for an award.”

I wasn’t ready for: “They’re terminating your contract.”

Certain I’m being teased, I roll my eyes and grin. “Go on, Silverman. Say it. Gotcha!”

Ben scratches his brow, then loosens his tie.

“This isn’t coming from me.”

“It sure as hell sounds like it’s coming from you!” My cheeks flame as heads turn my way. Normally I like being the center of attention. It’s part of my nature. Part of my job.

But now I want to duck and hide.

I gulp my full-bodied Cabernet Sauvignon, which suddenly tastes like paint thinner. I tell myself to calm down even as my heart races inside my constricted chest.

Ben sighs. “I don’t call the shots. Not when it comes to finances and distribution. You know that. This is a dictate from the studio. The show is getting a makeover. New title. New agenda. New host.

I feel equally panicked and curious. “Why?”

“Why do you think? Ratings are down. Competition’s a bitch.”

I can’t argue the last part. It’s true. I can name twenty similar programs off the top of my head. Do a cyber search on travel shows and you’ll come up with hundreds. The only way to stand out is to have a unique angle or a vibrant personality. Epic Adventures with Megan Rooney has both. Granted, I’m not a superstar with brand merchandising, but I do have a reasonable following.

Or at least I thought I did.

“So change the title and agenda,” I say. “Is it something disgusting? Something involving bizarre cuisine? Exploring the horrors of one-star hotels? I’m up to the challenge.”

I grip the table because, I swear, the earth is crumbling beneath me. I’ve worked in entertainment, in various capacities, for more than twenty-five years. From live improv to rehearsed productions. Epic Adventures ran for six seasons, and most of them were strong. Telling me I don’t have what it takes to adapt to a new role is a slap to my ego and experience.

And what about my team? All the guys, aside from Ben, have a partner or wife. Some have kids. They need that steady paycheck. Plus, they love their jobs. If the show is getting a makeover…

I swallow and dare to ask the question. “What about you and the crew?”

Ben has that pitying look in his eye. Like the time in Malaysia when he informed me I was the only one on the team who contracted food poisoning. The night prior to filming a segment high over the treacherous region of Mount Kinabalu. That adventure required me to cross the world’s highest “iron road” via a series of rungs, rails, and cables…with a cramped stomach.

“We’re all being reassigned,” he said.

Code for: We dodged the bullet.

I should be relieved. I am relieved. But I’m also envious. “Why am I learning all of this from you and not my agent?”

“Liza will get the call tomorrow. I wanted…I thought you should hear this from me. I know we knock heads but we made a good team.”

More like flirty work associates. But since he does look slightly upset, I don’t press the point.

He reaches across the table and lays his hand over mine. “It’s not the end of the world.”

Normally, his touch—however slight—would incite a fluttery feeling. I’ve always had a thing for Ben. Right now, I feel sick.

“Not the world,” I say, unable to squash my resentment. “Just my world.”

Gaze intent, Ben, my former producer and so-called friend, leans forward and lowers his voice. “Look at it as a chance to explore new options. A chance to get a damn life.”

“I have a damn life.” Tempering my own tone, I match his heated stare. “Why did you bring me to a crowded restaurant to serve me my walking papers? Oh, wait. Oh, hell. Because you knew I wouldn’t rant or cry in public.”

“There is that. Also…” His lip crooks. “The studio’s picking up the tab.”

His attempt to lighten the mood sucks, but that doesn’t stop me from jumping on his stick-it-to-them offer. “I’m ordering the most expensive entrée on the menu. Plus another bottle of wine.”

Something he used to say every time I nailed a tough assignment. It used to make me smile. 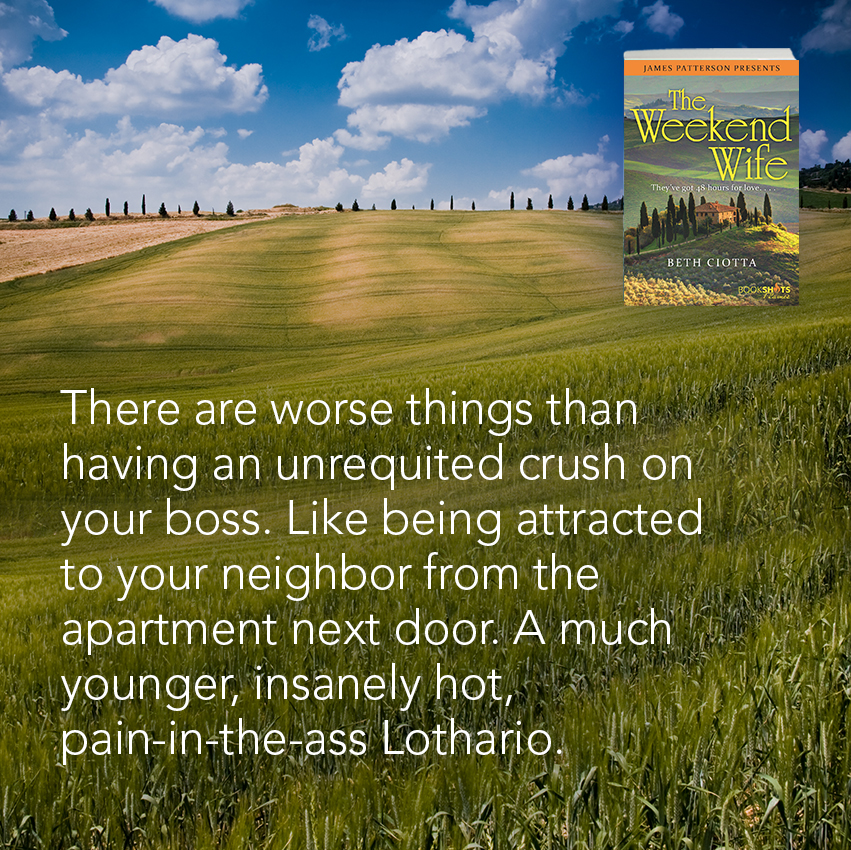