into the wild the mcgraws

This is one call she can’t resist…

When River Kane’s fiancé abandons her at the altar for being too conventional, she’s heartbroken. But everything changes when her estranged archaeologist father sends her his journal—filled with cryptic maps and a note indicating he’s in mortal danger. Worried, River faces her greatest fears and flies to the Amazon to find him. But she needs a guide. Someone completely unlike danger-seeker Spenser McGraw.

A charismatic treasure hunter who thrives on risk, Spenser hosts the popular TV show Into the Wild, dedicated to locating lost treasures and mythical icons. But River’s father’s life depends on discretion, and too-sexy Spenser is all about publicity. Forced to team up, they embark on a jungle adventure ripe with temptation and danger…ultimately discovering a hidden treasure that could alter history—and a steamy love neither expected. 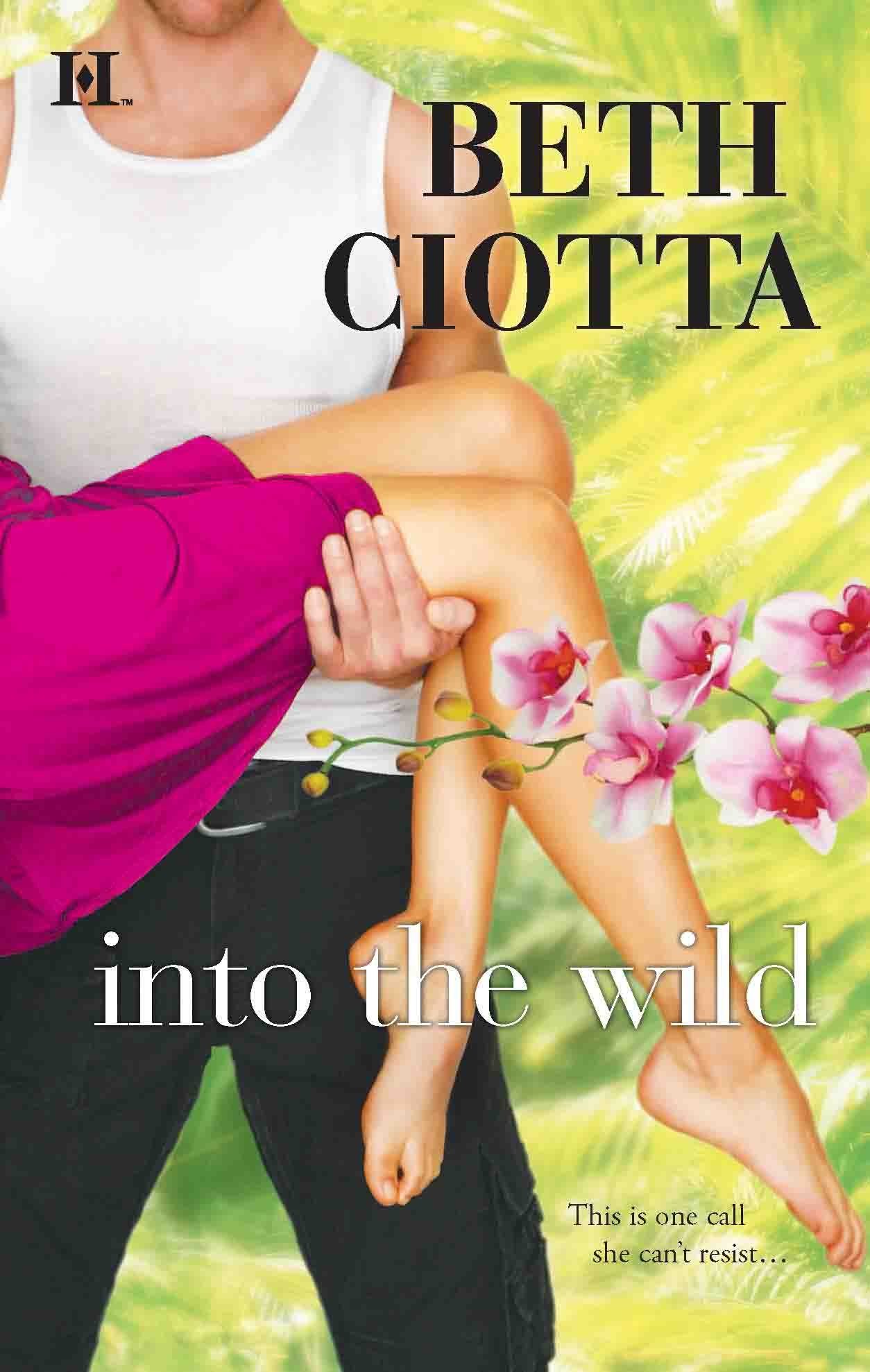 “…an adventurous read with humor, passion, romance, and a hunky adventurer. A unique tale that will keep you interested and intrigued…” — Coffee Time Romance

“Reminiscent of Romancing the Stone and Indiana Jones, Ciotta has an exciting story with humor, sex, romance, mystery and a to-die-for hero. Wonderful characters and a delightful adventure that readers can participate in without ever leaving home.” — 4 1/2 stars, TOP PICK!, RT BOOKreviews

“Into the Wild is intriguing and charming. The characters have substance and are believable. It’s the perfect Romance novel.” —Amazon reader review

“This was such a well written book! I love that the author does lots of research so that her story lines are very believable. River and Spenser, the main characters are both a delight! This is a great followup to her first book, Out of Eden. I could not put this one down!!!!” —Amazon reader review

“What do you mean they canceled the shoot?”

“An executive decision.” Spenser McGraw thumbed his cell to vibrate and placed it beside his empty beer bottle as Gordo Fish, his friend and professional sidekick, dropped into an opposing chair. The popular café buzzed with good cheer, offsetting the men’s grim expressions.

They’d flown from the Scottish Highlands to South America to film an episode for the popular cable show, Into the Wild.  Spenser was the talent.  Gordo was the one-man camera/audio crew. Now instead of exploring The Legend of El Dorado, instead of searching for a lost city of freaking gold, they’d been ordered to cool their heels in Cajamarca until the show’s new producer and a board of equally young turks hammered out the details of a new adrenaline-charged adventure.  Spenser met his friend’s baffled stare. “They want to introduce an element of danger into the show.”

“Something tells me Necktie Nate is behind this.”

The nickname they’d given to Nathan Crup, their new Armani-suited producer. “Probably.”

“Has that asshole watched even one episode from the past five seasons?” Gordo complained. “We’ve battled extreme elements and hostile people. Survived mudslides, cave-ins, avalanches, and assorted injuries.”

“None of them life-threatening.”

“Like hell. What about the time I got food poisoning in Cairo?”

Spenser found it amusing that a man who’d endured extreme temperatures, snake bites, and altitude sickness would label the time he’d hugged the porcelain goddess in a ritzy hotel room as a near death experience. “You weren’t even close to dying.”

“I ended up in the hospital.”

“Because you called an ambulance.”

“What I didn’t puke up shot out the other end. For three frickin’ hours. I’m telling you . . .” Gordo trailed off when he noticed the young woman standing next to them. “Sorry.” He squinted at her name tag. “Yara.”

Earlier, the sultry waitress had lingered at Spenser’s table, flirting outrageously as most women did, until he’d received the phone call from Los Angeles. Now she was back, and though she spared Gordo a glance, her focus was on Spenser. He winked, encouraging the infatuation. Yara’s pretty face and voluptuous curves were a welcome distraction from Necktie’s disappointing mandate.

Gordo cleared his throat. “Why, yes, I would like to order something. Thank you for asking, Yara.”

Spenser smiled at the woman then spoke in Spanish. “He’ll have what I’m having.”

“What are you having?” Gordo asked in English.

Gordo rolled his eyes. “You’re hooking up with her later, aren’t you?”

Never one to screw and tell, Spenser just grinned.

“Why aren’t you more upset about the canceled shoot? You’ve been hot on exploring the possibility that El Dorado is located in Peru and not Columbia for months.”

Spenser shrugged. Granted, at first he’d been royally ticked. Not just because Nate had pulled the plug on El Dorado, but because that piss-ant had called his Indiana Jones’s schtick old hat, insinuating in the next breath that Spenser was over-the-hill.

Shaking off the insults, he now saw the hole in the producer’s new angle. “When the board reviews Necktie’s brilliant idea, they’ll squelch it.”

“Because it’s been done.”

Gordo narrowed his eyes. “What does Necktie want us to do exactly?”

“To canoe down the Amazon, hack through the jungle, and to somehow connect with a fierce tribe—preferably cannibalistic.”

“Just about the cannibal part.”

“Great. So we risk malaria, piranha, jaguars, and make nice with hostile indigenous peoples. And then?”

“Live with them for six months. Learn and record their ways. Survive whatever shit they sling at us.”

“It’s been done,” Gordo said with a derisive snort. “The Thrill Me, Chill Me Channel. Spock and Parnell Live With the Kaniwa.

Gordo scratched his trimmed red beard then massaged the back of his neck, his routine when mentally reviewing the situation. “Okay,” he said, waving away the chips and salsa Spenser nudged across the scarred table. “So the board nixes the living with a fierce tribe thing, but what if they still want to ratchet up the danger? We’re history-buff treasure hunters, not adrenaline junkie survivalists.”

Spenser didn’t contradict the man, even though he was only partially right. Maybe Gordo didn’t get off on adrenaline rushes, but Spenser did and he experienced one every time he suspected he was closing in on a lost treasure or legendary icon. “A hundred bucks says I get a call tomorrow green-lighting the El Dorado shoot.”

“We’ll proceed regardless.” He wouldn’t spend a minute more than necessary in Cajamarca, the city where the Inca Empire had met its end. The capture and execution of the Incan emperor, Atahualpa’s, in 1532 launched a legend that had personally haunted Spenser for fifteen years. “Trust me, Gordo. The execs at The Explorer Channel will come around whether it’s tomorrow or a week from now.”

“Why mess with success?”

Spenser brushed crumbs from his fingers and voiced optimistic thoughts instead of the dark ones dwelling in the back of his brain thanks to the suited piss-ant and this haunted city. “Our ratings have slipped, but overall they’re still pretty high. We’ve got fan clubs, websites, and discussion boards. I’m in negotiations to write a book. We’re still at the top of our game, my friend, and the public’s curiosity regarding lost treasures and mythical icons will never die. All we have to do is Twitter about the possible changes to Into the Wild and I guarantee the execs will be deluged with complaints.”

“We do have some pretty rabid fans,” Gordo said, perking up as Yara served him dos cervezas. “Including influential anthropologists, archeologists, and professors of antiquities. Since you’ve got plans,” he said, gesturing to the enamored waitress, “I’ll Tweet and initiate an uprising. The sooner we get the thumbs up on El Dorado, the better. Don’t forget, you’re supposed to be in Indiana in less than a month. If you miss your sister’s wedding, she’ll never forgive you.”

Not only that, Jack Reynolds, his best friend and said groom, would kick his ass. Or at least try, Spenser thought with a wry smile. Even though he already considered his sister and friend married, he wouldn’t miss the official shindig for the world. “Only one thing could keep me from my little sister’s wedding.”

Gordo winced. “Don’t say it. Don’t even think it. If Necktie gets his way you’ll be swimming with flesh-eating fish.”

“You’re tough and lucky,” Gordo said as he turned to leave, “but you’re not invincible, Spense.”

Spenser watched his friend serpentine through the crowded café. He chugged beer to wash down a surge of old guilt. “Not invincible, Gordo, but definitely cursed.”

Just then his phone vibrated. He smiled apologetically at Yara, who reluctantly moved on to her next customer. “That was a quick turn around,” Spenser said, assuming the incoming call was from Necktie. Instead it was his sister, Kylie, who only called out of the country when there was a crisis at home. A rarity since she was a problem solver extraordinaire. He braced for bad news. “What’s wrong, Kitten?”

“I know you’re working, but I need a favor, Spenser. A huge favor.”